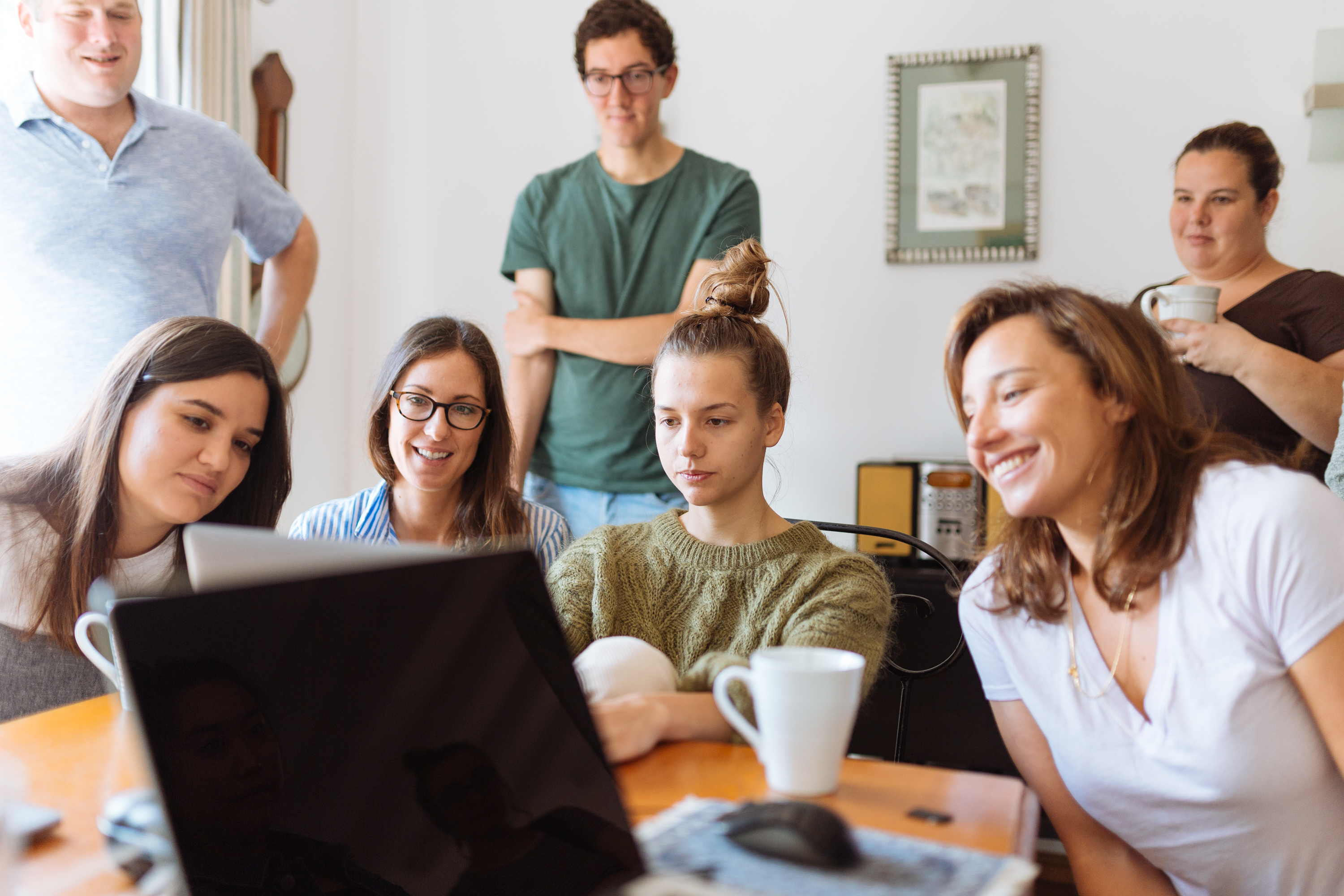 Ever get the cold shoulder for not partaking in cupcakes brought to the office? Teased for waking up early on vacation to fit in a run? Or maybe you’ve “ruined it for everyone” by saying no to another round of drinks? Yeah. We’ve been there. Sticking to healthy habits can be hard, so it doesn’t help when your commitment is met with jabs and side-eyes. And while we all know sassy comebacks, responding to negativity with negativity is never a good idea. Not only will it get you and your naysayers nowhere, but it could end up causing resentment or damaging relationships. And it’ll definitely kill the vibe at brunch. It’s important to remember that most of these critiques are the result of people who are misinformed but well-intentioned or people who feel insecure or disappointed about their own health-related decisions. First, pause to consider if they have a point. All healthy lifestyles need balance.

But assuming your choices are sound, stick to your guns with grace. With that in mind, here are several productive ways to fend off unwelcome flak. The situation: Although your family is aware of your healthy-eating style, they remain hell-bent on pushing food: “Just eat it, it’s not going to kill you! ” “You could afford to have some.” “But I made this just for you! ”What you’re tempted to say: “You made this just for me? Clearly you don’t know me as well as I thought you did.”Do this instead: It’s tricky when you’re dealing with family members and don’t want to disrespect anyone. But you don’t need to give in either, says Sherry Pagoto, Ph.D., a psychologist and associate professor at the University of Massachusetts Medical School. ] is of a different generation, where expressing love for people meant cooking for them,” Pagoto says. “There’s no point in trying to change the way she thinks.”The quickest way to end this interaction is to say thank you with a smile and eat what you originally planned.

If anyone insists on seeing you finish the portion, make an excuse about feeling uncomfortably full and ask if you can take it home. Later, you’re free to do with the food what you wish. The situation: You’re the only non-carnivore at your friend’s annual bash. While he is thoughtful enough to grill you a veggie burger, fellow guests aren’t as considerate: “I feel bad for you—how can you live without bacon? ” “Isn’t fake meat gross? ” “How do you get protein if you don’t eat meat? ” What you’re tempted to say: “Here’s an idea: How about you don’t ask me about my protein, and I won’t ask you about your cholesterol? ”Do this instead: While trainer and dietitian Erica Giovinazzo keeps an animal-protein focused diet, she understands the frustration of her vegetarian clients. Her advice: Remember that you make your own choices. “Pressure is likely to come from everyone telling us what we should do, and sometimes we forget we’re in charge of our lives,” she says.

“Once we remember that, we’re able to better deal in situations that challenges those decisions.”Giovinazzo says the trick is to stay positive rather than defensive. Try: “My veggie burger is superb! You should try one! You’d be surprised how good it tastes! ” They may or may not take you up on it, but they’ll know not to argue further with someone so confident. The situation: Seeing family means you’re instantly fair game for unsolicited commentary on everything from love life to career choices. But today’s hot topic is your body:“You must work out all the time—you’ve lost so much weight! How much do you weigh? ” “Looks like someone could stand to eat a cheeseburger! ”What you’re tempted to say: “I weigh somewhere between ‘buzz off’ and ‘mind your own business! ”Do this instead: Often people become judgmental of others’ healthy habits when they feel threatened. “The criticism can really be a veiled expression of jealousy,” Pagoto says. Rather than biting back, diffuse the situation: “Thanks for being concerned about my health, but there is nothing to worry about.

Can you believe I can do pull-ups now? The situation: The spread is butter-laden, deep-fried, and carb-dense. Eating this meal equals a massive food hangover. You help yourself to what you can, but when others see your plate, they exclaim: “Why are you barely eating? You don’t like any of this food? ”What you’re tempted to say: “I don’t feel like committing gustatory assault on my system, ’kaythanks.”Do this instead: “You shouldn’t have to explain to others what you do or don’t put into your mouth,” says Lindsey Joe, R.D. Don’t feel pressured to justify your choices. Joe suggests simply stating, “This is plenty for me. Thank you for preparing all this! ”Another tactic, recommended by Tina Gowin, R.D., is to smile and redirect the conversation. Try: “I’m just pacing myself with this great spread! Hey, how was that vacation you just went on? ” It’s bound to get your host chatting and gently steer the focus away from food.

No matter what you say, both Joe and Gowin stress the key is to be polite. The situation: Everyone wants the fast-food chain you can’t stand. You don’t want to be disagreeable and go along with the order, but then your coworker passes you a box of sugary churros: “Come on, you can be unhealthy for a day! ” “If we split dessert, we can split the calories! ”What you’re tempted to say: “Hey, you can make poor choices all by yourself. Look at that haircut, for example.”Do this instead: You don’t have to feel hesitant to pass on something you genuinely don’t want, but remember, you work with these people five days a week, so keep it civil. Joe uses a simple, “Thanks for offering, but no thanks. I’m stuffed from lunch! ”One of Gowin’s go-to responses is, “I’m going out for a nice dinner later and want wiggle room for a juicy steak! ” White lies are OK, Gowin says, as long as they aren’t too complicated and won’t get you in trouble later (i.e.—Don’t say you’re going gluten-free and then get caught eating pita chips).

It Also Keeps Our Hearts Healthy

It Often Has Lasting Health Effects