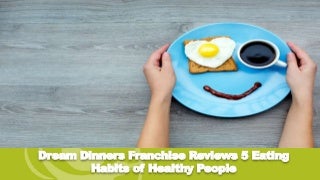 Big news: The state Human Services Department and the Office of Medicaid Inspector General have suspended Preferred Family Healthcare from the Medicaid program in the wake of former employee Robin Raveendran’s arrest this morning. The suspension is effective today, DHS announced. 7.4 million, a spreadsheet provided by DHS indicated. Preferred Family Healthcare, a nonprofit based in Springfield, Missouri, became a giant player in Arkansas in recent years as it has acquired several other providers. The nonprofit has come under intense scrutiny recently as a wave of federal plea deals have revealed extensive bribery allegations involving PFH executives and multiple Arkansas legislators of both parties. DHS has continued to work with the provider until today’s news broke about Raveendran — who formerly worked as the Medicaid Program Integrity director at DHS. Today’s news finally led DHS and OMIG to show Preferred Family Healthcare the door, but it also creates a major headache for the state.

DHS must find a way to disentangle PFH from its network of providers while also attempting to avoid gaps in essential services in rural Arkansas, from mental health care to substance abuse treatment. DHS said it’s been quietly working for months to find providers that can replace PFH. “In most locations, providers have been identified who can expand services into these areas, and it is DHS’s intent to work with those providers to transition existing beneficiaries. DHS anticipates that the transition of services and termination of current PFH contracts will be completed within a 30-60 day time period,” DHS said. The agency said it may allow certain PFH sites to keep receiving Medicaid reimbursements “for a short-term limited duration” in certain geographic areas in which PFH is the only provider. 2,277,816.05 from January 1, 2015 to October 19, 2017. The FBI’s investigation of these same individuals is regarding public corruption whereas this investigation and arrest was based on Medicaid Fraud.

“When a credible allegation of Medicaid fraud exists, suspension of Medicaid payments is required by federal law,” said Medicaid Inspector General Elizabeth Smith. The Department of Human Services is implementing the suspension of Medicaid payments of both PFH and Raveendran today. DHS will review the Medicaid provider network to determine if a very limited geographical hardship exception is needed in certain areas where PFH is the only behavioral health provider to ensure client access to services. Any such exception will be for a short-term, limited duration as alternative providers are certified to offer services in that geographic area. Additionally, DHS will be notifying Preferred Family Health of our intention to exercise contract termination clauses in existing contracts for the state-funded mental health, substance abuse, and other services they provide. For the last several months, DHS has been working to identify alternative service providers to step in for PFH if necessary. In most locations, providers have been identified who can expand services into these areas, and it is DHS’s intent to work with those providers to transition existing beneficiaries. DHS anticipates that the transition of services and termination of current PFH contracts will be completed within a 30-60 day time period. “We appreciate Attorney General Leslie Rutledge and the important work of her Medicaid Fraud Control Unit,” said DHS Director Cindy Gillespie. Correction: An earlier version of this post mistakenly said that PFH employs 4,000 employees in Arkansas alone and that the nonprofit operates in five states besides Arkansas. PFH operates in four other states (Oklahoma, Kansas, Missouri and Illinois) and employs 700 people in Arkansas. The larger figure is for PFH’s total workforce across all states.

Qatar Airways has an Oryx One in-flight entertainment system, which features thousands of options for young travelers to explore. Your younger children will love channels such as Nickelodeon, Cartoon Network, and Disney. Infants are given interactive experiences on BabyTV channel, the world’s leading baby and toddler network. As soon as you board the plane, get settled into your seats with everything you need for the flight. Put your child’s entertainment bag under the seat in front of them. Take out anything they may use a lot of and put it in the seat pocket in front of them. This saves having to go in and out of the bag which can be annoying in tight seat spaces. It can be frustrating to have something in the overhead bins that will help your child feel comfortable and happy, but the seat belt sign is on and you can’t get to it.

If you can afford it, consider an upgrade to premium economy. The extra seat space makes a difference to comfort levels when traveling with kids (or without). Book a flight with premium airlines that have larger seat space than the budget carriers who cram you and your legs in. You might want to bring a neck pillow like these for comfort on the plane. My girls love to carry theirs. Be sure to bring a jacket and long pants for your child as it can get cold on planes. For younger children, I recommend putting them in their pajamas to signal sleep time. Even if they don’t sleep it may help them lay down and rest. As they are small enough, they can lay down with their head in your lap and the body on their seat. Put younger kids in the middle or window seat. This keeps them protected from any knocks and spills form the aisle and is better for sleeping. It will help you feel a little more secure in dozing and knowing they won’t escape.

You might want to put them in the middle between two adults as well, just to give the adults a little more side space. Planes can dehydrate you so be sure to have hand lotion and lip balm for yourself and the kids. Shea butter is a good all round natural cream to use. Qatar Airways has one of the most spacious Economy Class seating arrangements in the sky. Your child will have plenty of room to eat, sleep, stretch and play so that you can also relax and enjoy your journey. As soon as your child starts flying, sign them up to a frequent flyers reward program. Our girls are in multiple programs and have saved enough points for free flights before. Go to the website of the airline you are flying with and create an account. You then give their membership number when you book their flight tickets.

Qatar Airways Privilege Club is launching a Kids Loyalty Program where children can earn Qmiles and Qpoints, enjoy an array of value-added benefits and upgrade in tiers using the Qpoints they have earned. The Kids Programme can act like your child’s online travel diary to help them explore new destinations, document all the adventures and play a prominent role in planning your next trip. As mentioned in Tip 1, involving your children in the planning of a trip is essential to them having a wonderful time. 9. What about at the airport? Waiting for a plane at the airport can be a boring harrowing experience, especially if you plane is delayed or you have stopovers. It can make your flight experience so long and exhausting. Some airports are designed with kids in mind, whereas others are incredibly dull and boring. Our girls have always found ways to entertain themselves with dancing competitions and chasing games. Spend time with them watching the planes taking off, again this helps prepare them and get excited for their plane adventure.

They Learned About Healthy Sleep Habits